Rev’d Jo Davies reads from ‘In This Light’

Seventeen years ago Billy walked through the doors of our church. He was 32 stone (448 lbs) and could barely walk. He had a thick Glaswegian accent and a fuse that was extremely short. He would fly off the handle and rant at any perceived slight, waving his walking sticks around as he bellowed at anyone who disagreed with him and regularly walking out, vowing at least three or four times per year never to return.

With great trepidation we agreed to try to support him through a charity at our church called Caring for Ex-Offenders. With the help of his support team – social workers, doctors and two wonderful and very patient police officers named Steve and Jason – we looked at how to get him involved, while ensuring the safety of the congregation and the public.

You see, Billy had come directly from Barlinnie Prison, having served thirty-seven years at Her Majesty’s pleasure, split between prison and psychiatric hospital. Nobody was entirely sure how he would cope with being released. He had had both a lobotomy and brain damage, caused by a hammer blow shortly before his arrest (across his head was a terrifying scar). Nobody was completely certain which had caused more damage, but his mental capacity was around that of an eight year old, and so was his emotional age – all presented in a very big and intimidating body. It was apparent that he was always going to need a lot of support.

None of this boded well for us, and we were (to be blunt) very anxious. I became Billy’s mentor with my husband Karl, who was always referred to by Billy as ‘the Boss’.

Billy joined our midweek group, immediately declaring himself responsible for welcoming guests at Sunday services. He would terrify them with his toothless grin, and enthusiastically insist that they sit right in the front row, while interrogating them to make sure that they weren’t drunk.

None of this sounds very positive but I am certain now that Billy has had more of an impact on our church than almost any other member.

Billy died in his sleep at home in March, after an illness that had eventually resulted in the amputation of his foot. A week earlier we had celebrated his seventieth birthday – more than twenty of us squeezed into one booth in a coffee shop in the hospital, Billy beaming with joy and pride and calling over any passing medical staff to meet his friends and family.

At his memorial service it was standing room only. I was overwhelmed by the number of people who wanted to speak about how spending time with Billy had transformed them and their lives.

That word family came to mean something very different through spending time with Billy; inclusive gained a new reality after accepting someone who the world – quite reasonably – had decided should never be accepted; who had offended in a way that meant most people would feel valid in declaring him an outcast.

We learned to be patient, to slow down. To value relationships and friendships for the person and not for what they could offer to us. To value loyalty. To get over any tendency to present the outwardly perfect as the bar o aim for. To think about how we really could include everyone. This Christmas Day more than 400 people will gather for a five-course dinner that started when we realised that Christmas was a very lonely time for a man who wasn’t allowed into family homes. We decided to start and host a lunch at the church for him and others who would otherwise be alone. It grew and grew.

Christmas this year will be a quieter affair, but we will miss Billy and his ability to make us reflect on everything through very different eyes. 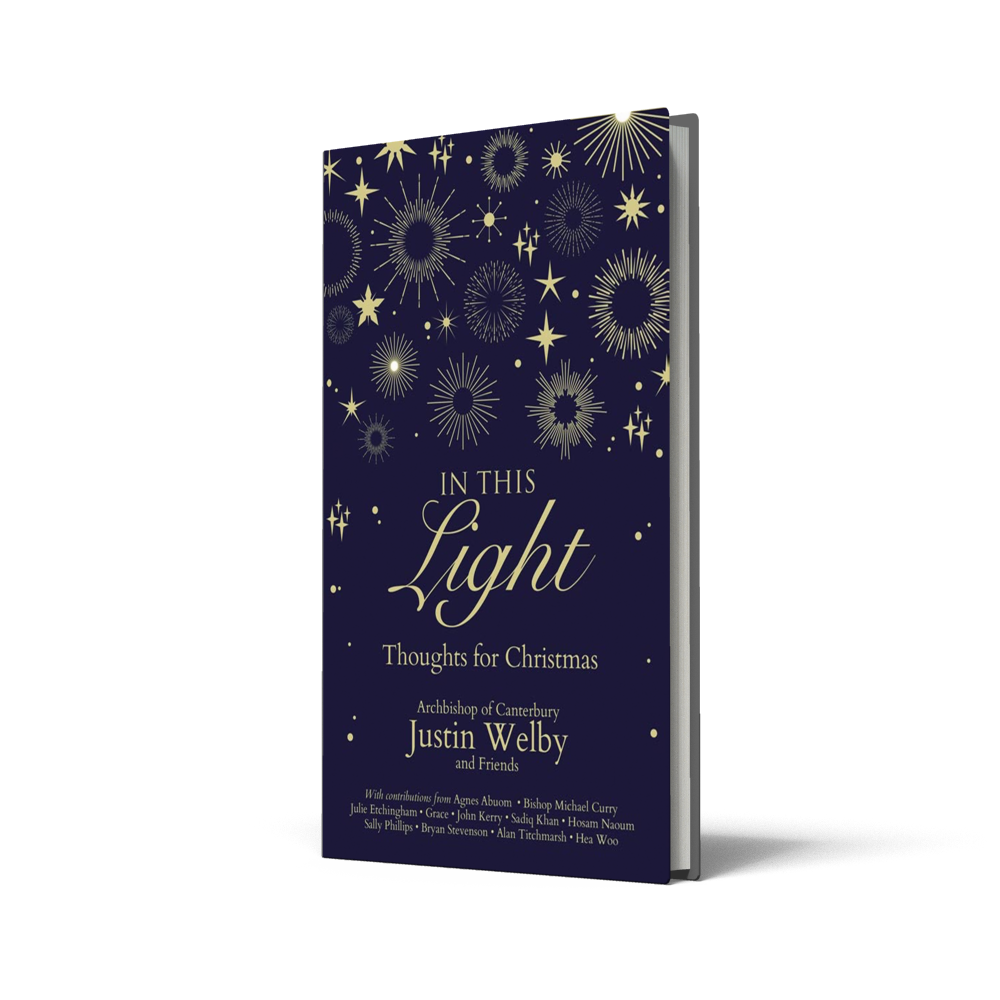 In This Light is a timely collection of thoughtful meditations. The Most Revd Justin Welby, Archbishop of Canterbury, leads contributions from celebrities, business leaders, athletes, politicians and others, whose names you might not know but whose stories you will come to love.

In This Light by The Archbishop of Canterbury Justin Welby and Friends is OUT NOW.

Commissioner Dany Cotton reads from In This Light

Being invited to contribute to this wonderful book has made me reflect carefully on the past year. One of the most fantastic memories was the first Fire Cadet Games held at Crystal Palace in August, when fire and rescue services from across the country brought together young people from every… Read More