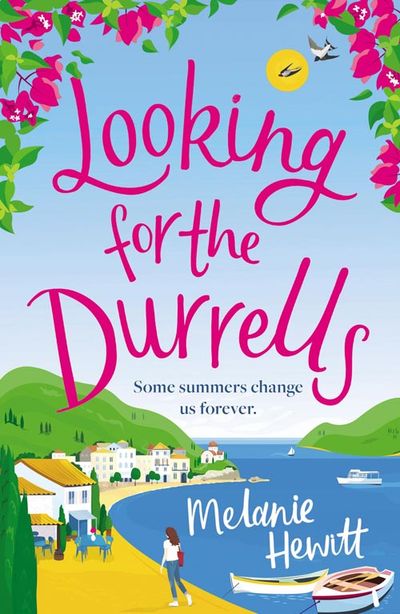 Looking for the Durrells

A heartwarming, feel-good and uplifting novel bringing the Durrells back to life

Fiancés, friends, and other animals…
After a year that sees a broken-off engagement and the death of her beloved father, Penny is desperate to get away.

Fulfilling a childhood dream, she sets off on a month-long pilgrimage to Corfu – an island idyll she knows only through the pages of Gerald Durrell’s My Family and Other Animals.

On the island, Penny quickly finds herself drawn into the lives of a tight-knit circle of strangers. Exploring – searching for the places the Durrells knew decades before – she makes unexpected discoveries about the hopes, fears, and secrets of the people living there today.

And as strangers start to be friends, lives past and present become entwined in ways none of them could have predicted…

Author: Melanie Hewitt
Format: Paperback
Release Date: 05/08/2021
Pages: 380
ISBN: 978-0-310-13045-1
After deciding she wanted to be a book illustrator, at 18, Melanie went to Art College.  Halfway through the year, she changed her mind and secured a place at Swansea University to study English. After 18 months, she moved on again to a college just outside her hometown of Doncaster and studied an eclectic mix of linguistics, sociology, and economics.Then she saw a job advert for a reporter and took up the post at the Doncaster Advertiser, later became Editor and then worked in PR. She now works in education as Communications Lead for the XP Schools Trust based in Yorkshire and is a Fellow of the Royal Society of Arts.Looking for the Durrells is her first novel.

Looking for the Durrells

A heartwarming, feel-good and uplifting novel bringing the Durrells back to life